Magician Dean Alan  offers both a  fantastic LIVE in-person show and a wonderful Virtual Magic show! The great thing is, there are a variety of shows to choose from.  If you’re in the Nashville TN area and would like an in-person show, look over my list and send me an email or give me a call. If you’re in Virginia, my old stomping grounds, I’ll be in your area likely one week a month. So reach out to me to find out when I’ll be there. OR better yet, if you’re part of a chain of centers, help me set up a tour!  And of course, I offer my virtual shows to any place in the United States. Last summer, I did shows in California, New York, Maryland, Texas, Florida, and more…and I never left the house.

As for everything else, contact me if you would like to set up a booking, whether it’s Virtual or In-person.  In the Summer 2022, I will be offering IN-PERSON shows in Virginia again, I have 6 weeks blocked out for Virginia shows. So grab a date while you can!

For two decades, Kids Magician Dean Alan has been conjuring up smiles, laughter, and looks of amazement, on the faces of kids and adults all over the Washington D.C. area (and beyond). NOW he is in Nashville! Thousands of shows equals hundreds of thousands of happy people who have experienced his special brand of magic.

Virtual Magician Dean Alan has an incredibly popular Virtual Magic Show for your computer! Sign-Up for the e-promo-kit below and you’ll get more in-depth info on all the shows!

NOW is the time to join the multitudes of clients who book Magician Dean Alan, again and again. All you have to do is start with the first show! 🙂 There are two ways to proceed: Call us 703-404-8902, or hit the contact link!

To Get More Detailed Information on Shows and Pricing…

Just fill out the form to the right. By doing so you’ll be taken to our e-promo-kit with more in-depth information on all the shows. Plus, just for signing up for the e-promo-kit, we will automatically hook you up to receive our monthly e-newsletter. The e-newsletter contains information on new shows, upcoming appearances, as well as occasional tips and marketing ideas to help you in your business.

AND, We’ll Also  Send You A Set Of My Fun Activity Pages as a Free Gift! You’ll get a Coloring Page, A Word Puzzle and a Magic Fish Illusion. All FREE just for signing up for the e-promo-kit! 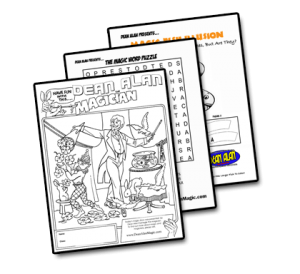 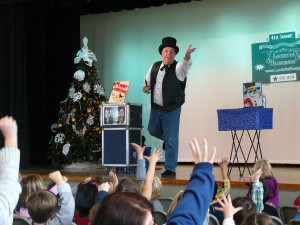 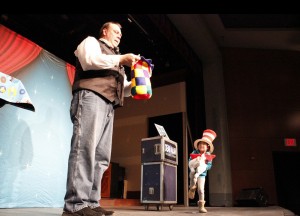 Dean Alan has been the premier Kidshow entertainer in the Mid-Atlantic region and now he is bringing his magic to the Nashville TN area! He has presented thousands of shows for the daycare market. He has performed for every major chain in the area as well as hundreds of independent and church daycares as well. But he’s not just a daycare magician. He performs at elementary schools, libraries, community centers,  and many more places all over the state of Virginia, Maryland, D.C. North Carolina, South Carolina, Tennessee and beyond. Below is just a sampling of places Dean Alan has performed at. And now Virtual Magician Dean Alan has the most popular Virtual Magic Show, you can view in your own home (or school). 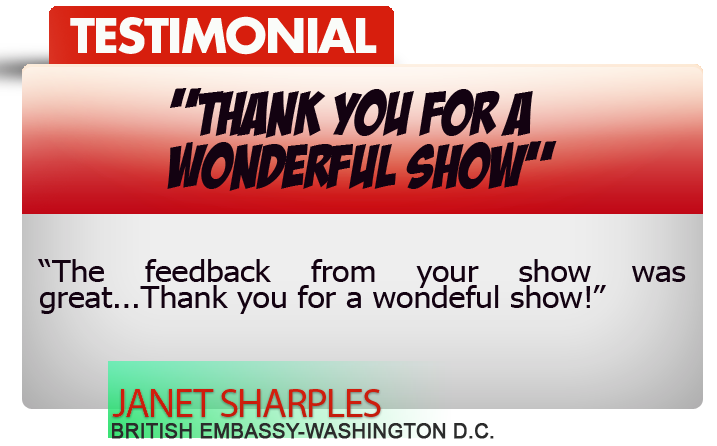 Who Is Dean Alan? 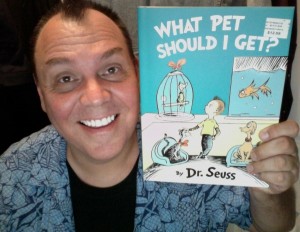 Dean Alan has been one of the busiest and best Northern Virginia magicians. Now he extends his performing area to the middle of the country, being based out of Nashville TN. He performs regularly in Virginia, Maryland, D.C. and all over the Mid-Atlantic Region, as well as all over TN, Kentucky, Missouri, Ohio and more.

His interest in magic began many years ago when he saw the Tony Curtis movie about Harry Houdini. Only days after seeing the movie he went to the library and began to check out books on magic and magicians. Shortly after this interest began, he and his family moved to a horse farm in the country. With no neighbors nearby, it gave plenty of time to practice and learn magic. Before long he was doing shows at his high school, at fairs and festivals and special events.

WHERE CAN YOU SEE DEAN ALAN LIVE????