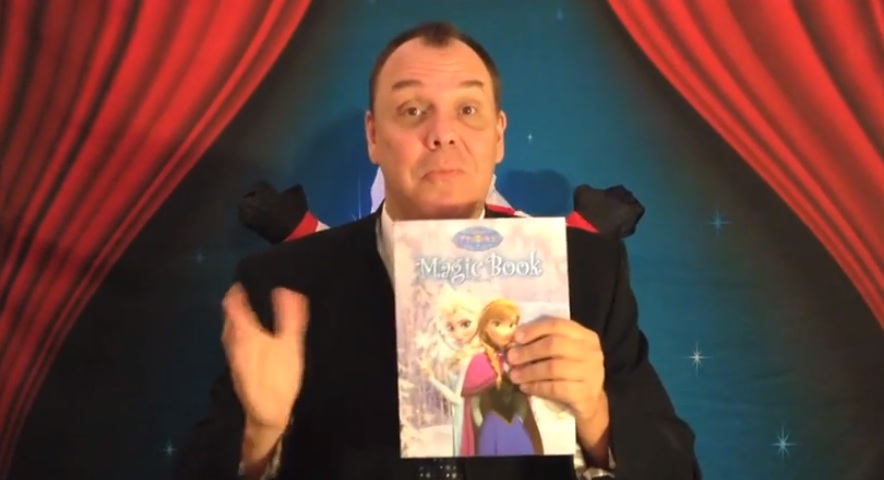 I’ve been working really hard to bump up the entertainment level on my shows. I’ve invested thousands of dollars in new magic, new props and new backdrops. One of my big disappointments is that so few places have been large enough for me to put up my cool backdrops. I knew going into this that there would be a lot that just couldn’t handle the big backdrops, but there are places that CAN. In fact, I’ve slowly been making the shows ‘larger’ so that they can play in bigger venues. Ideally, I’d like to be able to take some of my shows to small theaters so that they can be enjoyed by larger groups.

The Very Frosty Celebration Show in January is one that I’ve put a lot of money into. New backdrop that is 12 feet wide and just beautiful, and I know that only a few centers will even get a chance to see it. No problem because there are other big things in the show like this cool inflatable snowman that shows up unexpectedly. And I’ve got some magic based on the characters from Disney’s FROZEN. These are officially licensed props that are only available in Japan and I’ve been able to obtain them and get them shipped to me. NOT as easy task! There are currently, two FROZEN tricks in the show.

I’m creating some new snowman material for the show too which I’m super excited about. This is a fantastic show for preschoolers, so I hope you’ll take advantage of it. My dates for December sold out, as did October and I only had like two spots left in November and it would have sold out too. So please please jump on this opportunity while there is still time!!!!!!