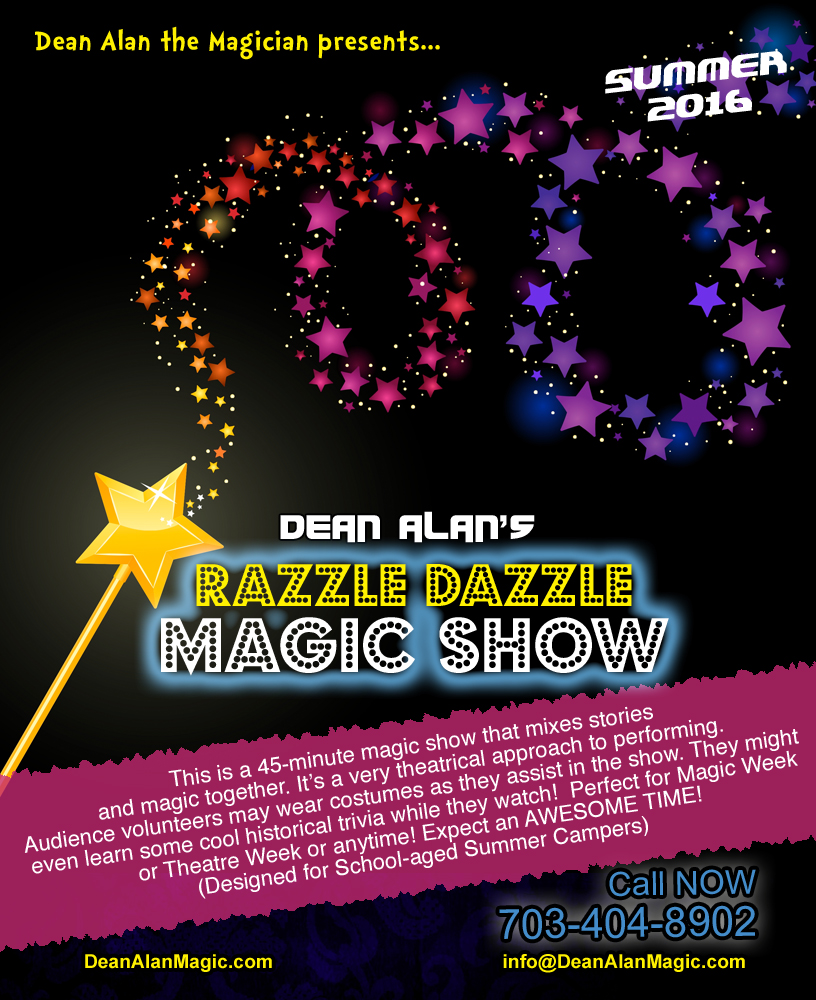 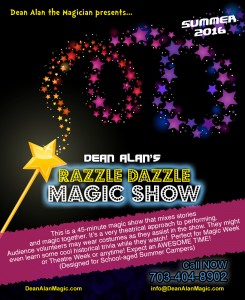 They’re here, they’re here, the new shows for Summer 2016!!! Two new shows and one audience favorite. The new shows include The Razzle Dazzle Magic Show for School Agers, and The Presto Show for Pre-k audiences. The audience favorite is the Jurassic Magic Show 2016 version. It’s basically the same as last years show with a couple new things thrown in, like a baby dinosaur that comes out of a giant dinosaur egg.

That’s the good news, that the shows have been announced. Here is the bad news, I won’t have as many open spots this summer as I have in the past. Usually my summer consists of doing Summer Camp shows and a couple libraries. This summer I’ll be doing Summer Camps, Libraries, Amphitheatres, and Fairs and Festivals. Plus, if my book is published prior to summer, I’ll be making appearances with my book and probably doing talks related to my book.

So that means, don’t wait till the last minute to book. Book early to assure you get the date you desire!