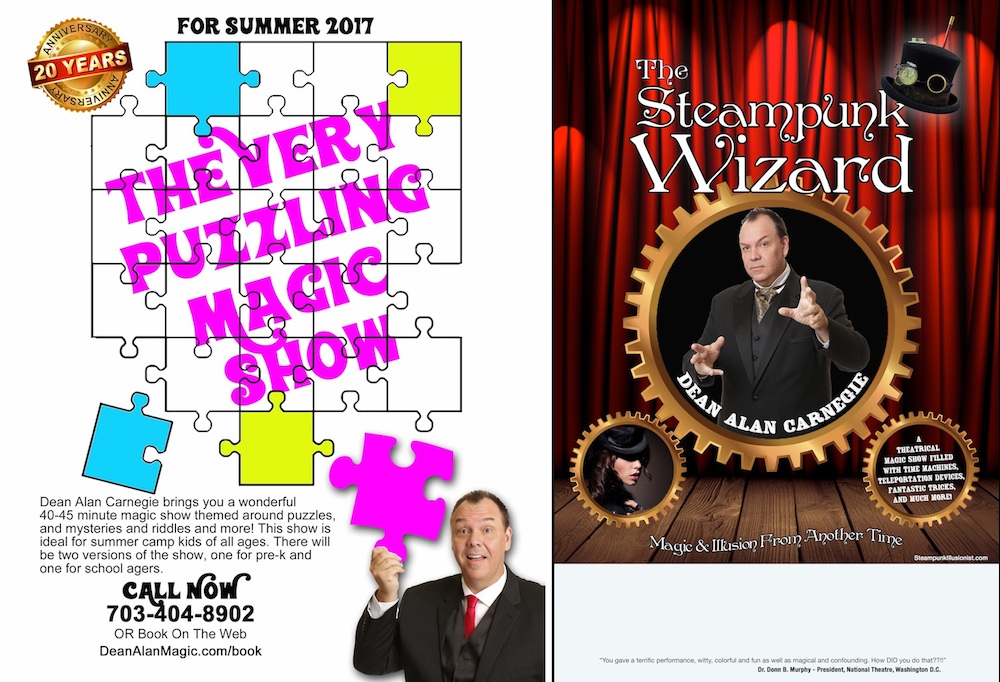 UPDATED: There will be three shows this summer. The first is The Very Puzzling Magic Show, which is a prek show. The next is for school agers called The Secret SPY Magic Show. And finally, the first of my WOW Shows, called The Steampunk Wizard. This is a condensed version of a theatre show that I present under my Carnegie-The Steampunk Illusionist character. It’s a much bigger show in scale and theatricality. It also requires two persons to present. The Steampunk Wizard show is filled with truly incredible magic, much of which originated in the 19th Century. Campers will be astonished beyond belief when they see this show!!! However, there is only one catch for the Steampunk Wizard Show, we can only present it in places that either have a gym or a real stage. The Steampunk Wizard also costs a lot more than the other shows, but if you have a large facility with a large group of campers, that shouldn’t be an issue.

To check out the shows, visit https://deanalanmagic.com/summer-camp-magician/