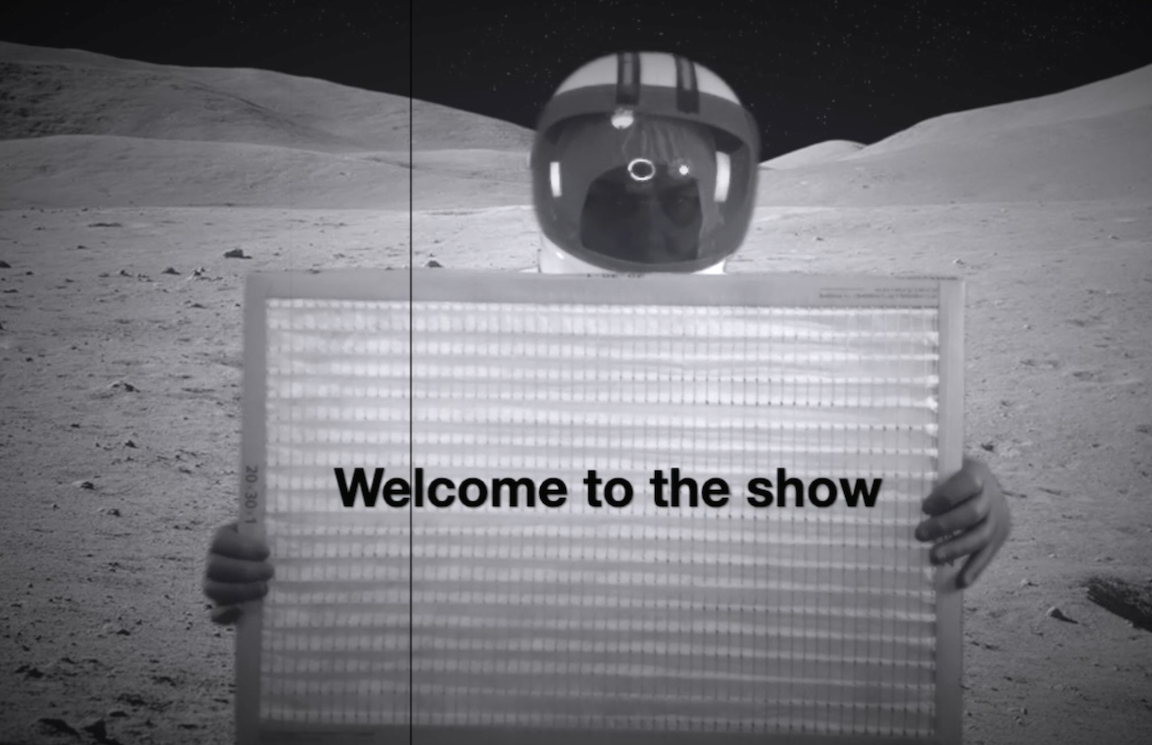 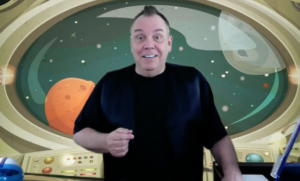 The Lift-Off Magic Show about Space is now officially boxed up and retired. Yes, after a successful run this summer (2021),  I am putting this show away. It was created to be a virtual show, NOT an in-house show. To help you understand, I wanted to offer something a bit more unique this summer if I had to do another virtual show. So my concept was to present a show as if I was ON THE MOON. And of course, while on the moon, I would teach about the solar system, planets, space, rockets and more.

As usual, I had FAR TOO MUCH material to fit into a 40 minute show and some of the material was way over the heads of the audience. I always start these shows out thinking there will be a lot of older school aged kids and then the opposite happens, the kids tend to be younger. So then I have to figure out how to take this material and make it work for the younger ages.

I kept the solar system slides in the show. And to my great surprise, everyone knew the planets!!! I removed the interactive ‘touch the screen’ trick, however. It seemed to slow things down, and with younger kids, I needed to keep up a faster pace.

I did keep The Experiments in the show as well as expanded upon them. They were a lot of fun. I took the idea of teaching about ‘low gravity’. Basically, in Space there is no gravity, but on the moon, there is gravity, it’s just not as much as there is on Earth. That being the case, I could show how some strange things would happen with the low gravity. Keep in mind, had I really been on the Moon, everyone of these experiments would have looked EXACTLY like I showed them. But giving that I was secretly on Earth, lol, I had to use magic to create the illusions. It worked perfectly.

This show was PERFECT for camps and schools that had a SPACE Theme. Sadly, I saw quite a few clients who had Space weeks and they did not choose to have the show. Too bad. And I had one client who scheduled and didn’t show up, TWICE!!!! (you know who you are). The majority of the clients were fantastic, the audiences were great, very receptive, VERY engaged!

Well, for now, I’m Dean Alan signing off from my Magic Moon Base!!! Until Next time… 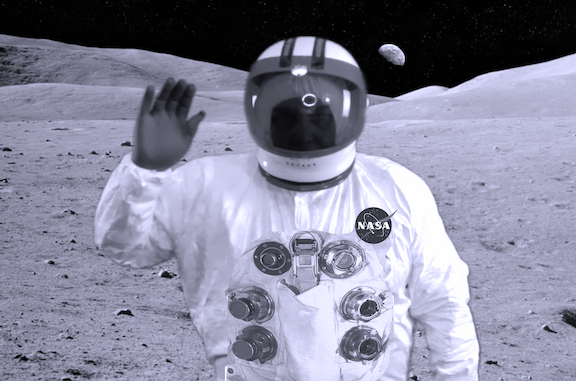